MVLS provides civil legal services to Marylanders with limited income. While our core pro bono program connects people in need of representation for a specific, pressing issue such as a lawsuit from a landlord or creditor, a divorce, or bankruptcy, we know that our clients often face a patchwork of multiple legal, financial, and personal issues. Such is the nature of living in poverty. Among our clients, issues arising from driving without a license or driving on a suspended license are extremely common.

Imagine getting a traffic ticket and being unable to afford your fine. If the fine is left unpaid, your license can be suspended. Those who cannot afford to pay a traffic fine certainly cannot afford to miss work for a court date or stop driving to work after their license is suspended. Many people continue to drive on a suspended license rather than risk losing their job. Let a few suspended license violations stack up, and your license could be revoked entirely. This is a common pattern for our clients whose financial situation causes them to decide between breaking traffic laws and losing their job. Or, imagine being a teenager living in poverty with a single parent. Your parent can’t get off work to pick up your younger sibling from daycare, so you drive the car without a license. If you get pulled over and eventually found guilty of driving unlicensed, you end up with a permanent criminal record. While we should expect people to comply with our society’s laws, the punishments for these types of actions often extend far beyond a simple fine or jail time. Convictions for driving unlicensed or on a suspended license can have a lasting effect on a person’s life, especially someone living with limited income.

Traffic citations can have unexpected consequences for our clients. Fines and fees from license violations can stack up and place a person in a cycle of delinquent payments. Unpaid traffic citations can result in license suspension, which then results in more fines for driving while suspended. Fines for driving uninsured can be forwarded to the Central Collections Unit, where a 17% fee is added. The CCU then has the power to garnish a debtor’s wages. Though jail time is less common, Maryland law allows for incarceration as a punishment for driving without a license or on a suspended license. Because of the possibility of incarceration, these license violations are treated like criminal cases when assisting a client for criminal record expungement. Something minor like a conviction for driving with a suspended license, even if there was no jail time served, can prevent the expungement of more serious charges which would otherwise be eligible for expungement. 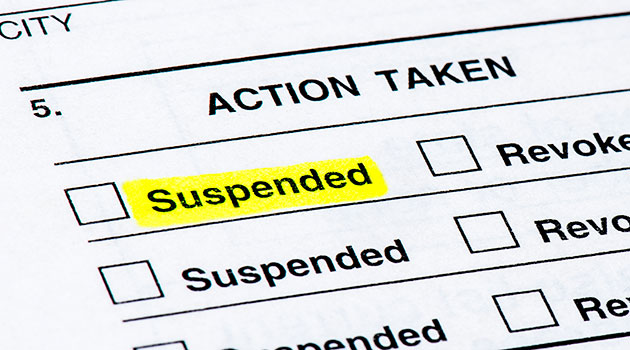 MVLS has collected data on unlicensed driver punishments using our CLUE data-scraping tool. The Client Legal Utility Engine, or CLUE, is a web tool developed by our former staff attorney, Matthew Stubenberg. The program ‘scrapes’ the internet for publicly available information and collects that information in a central place. In this instance, the tool scraped Maryland Judiciary Case Search to find data on the types of punishments given out to people who were convicted of driving without a license in Maryland. This is what we found:

Accounting for suspended fines, roughly $7,480,188.52 in fines, fees, and costs were assessed against unlicensed drivers from 2007-2010. We know that the unfortunate reality is that our clients are often unable to pay these fines and costs. Furthermore, the above penalties force people with low income to make the choice between paying these debts and paying for food and housing. These debts take money from our most impoverished communities, money that could have been spent on basic human necessities.

MVLS does not have this type of data for suspended license cases, but, anecdotally, we have seen countless clients trapped in the cycle of license suspension, inability to pay, points assessed, and possible revocation. One client, Dennis, faced losing his license after acquiring twelve points for driving while suspended. Dennis had been out of work for a little over a year and had his license suspended for unpaid tickets. He occasionally had no choice but to drive in order to pick up his children from school or daycare, or to make other appointments. Eventually, he was close to 12 points on his license, the threshold for revocation. He enrolled in job training to improve his career prospects. He took classes in weatherization and storm water management, and eventually earned an apprenticeship with an employer. All this time, his license was still suspended, and he didn’t have the money to pay his fines. The apprenticeship offered him wages, but he had to drive to get to job sites. Stuck in this bind, he chose to drive to some jobs, and got pulled over again. This time, he reached the 12 point mark against his license, and was sent a revocation notice. Luckily, he had been able to save up some money by this time, and paid back what he owed to the courts and the MVA. But that didn’t take care of the points. He requested an administrative hearing to argue his case. By the time the hearing rolled around, he had received an offer for full-time employment. He would need to travel throughout central Maryland for this new job, so taking the bus wasn’t an option. An MVLS attorney was able to represent him at his hearing, arguing that he had made right with all of his debts and couldn’t stand to lose his license altogether with this job offer on the table. The administrative judge found in favor of Dennis, he got to keep his license, and he got to embark on a new career. While Dennis was lucky, most of our clients do not have the funds to pay their debts, and many individuals face these types of hearings without representation.

Our clients are often trapped in these ‘cycles of poverty’ and face increasing debt as they try to break themselves out. These fines and fees are part of the accumulation of issues that can prevent a person with low income from moving forward. We appreciate that people are expected to follow laws, and that breaking laws should have consequences. But these fines and fees force low-income individuals to make impossible choices – pay my debts to the court or buy food, turn down that job offer or drive to work without a license. In the case of driver’s license laws, Maryland’s system keeps those in poverty in these types of cycles where choosing basic needs such as food or transportation lands them with more court debt.