In 2001, the Maryland Court of Appeals determined that landlords could include clauses in their leases allowing for a twelve year statute of limitations (Tipton v. Partner’s Management Co., 364 Md. 419). This meant that many low-income Marylanders, already faced with limited affordable housing and few options for negotiating leases, were subject to claims they often no longer had evidence to use to combat the suit. Since 2001, this has exploited the power imbalance between landlords and tenants, and led to garnishment or bankruptcy for alleged debts of up to twelve years old.

MVLS is thrilled to announce that through the efforts of many dedicated attorneys throughout the state, including MVLS staff, this will no longer be a reality.

In 2017, MVLS met Gregory Smith at our Baltimore City Affidavit Judgment Docket Clinic. Mr. Smith had a suit filed against him seven years after he moved out of a property. Clinic volunteer attorney Elva Tillman assisted him in entering a defense and The Holland Law Firm then stepped in to provide full pro bono representation.

After initially losing the case, the Holland Law Firm entered an appeal. For the next year, multiple pro bono attorneys and three legal services agencies (MVLS, Public Justice Center, and Maryland Legal Aid) worked with Mr. Smith to ensure his case was the strongest it could be when the appeal was heard before the Court of Appeals.

In a triumph for tenants, the Court held that “actions for back rent under residential leases are subject to a three-year period of limitations”- regardless of what clause a landlord may add to alter that.

Because of this case, the statute of limitations is now 3 years, not the 12 years many landlords try to enforce. This means landlords can no longer wait 5, 7 or 10 years after a tenant moves out to pursue any back rent or other charges they claim are due. This decision is a major win for low-income renters.

"The Mr. Mack Lewis Foundation has been in existence over 71 years. Our Mission is to save youth in underserved communities while..." 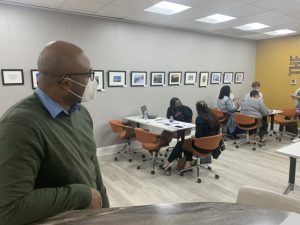 Planning for the Future

Read about how the proactive planning of one West Baltimore man may help create generational wealth and stability in his neighborhood. Part of MVLS' 2022 Annual Report Impact Series. 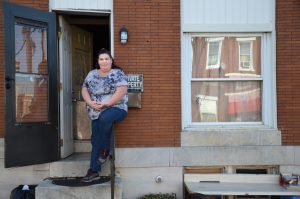 “This is what we want” – The Ripple Effect of Legal Help

“For her to be able to stay in the community that she really loves that she’s trying to build up and restore to its former thriving position, this is what we want.”...