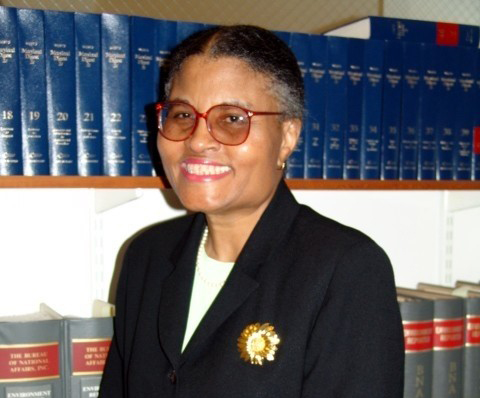 In her 24 years with MVLS as a volunteer, Elva Tillman has taken on challenging cases in divorce and custody, name change, adult guardianship, Power of Attorney, and will preparation. Additionally, Elva has helped MVLS paralegals and law link interns with resources and support. She has been an integral part of the Consumer Protection Project (CPP) clinic each week, arriving early and staying late to help MVLS staff attorneys pack up before and after clinics. Even after her retirement this past year, Elva continues to support CPP every week and be involved in our pro bono program. Elva has helped 52 MVLS clients through our CPP clinic with cases such as landlord/tenant, bail bond, credit card, and debt. She has the kind of spirit and determination that makes our work at MVLS possible. Elva has been described by MVLS staff as “incredibly kind and caring” to all individuals she works with, whether they are clients, staff members, or fellow volunteers. You can read more below about Elva’s experiences volunteering with MVLS.

After working for over 50 years, I formally retired on December 31, 2016.  Nevertheless, I wanted to continue to make a contribution to society and be stimulated.  Over the years, I feel like I have developed the same kind of relationship with MVLS that I had with the agency with which I was employed for a long period of time (i.e., the Baltimore City Law Department AKA City Solicitor’s Office—16 years).  I appreciate being stimulated and excited, through my formal work and volunteer efforts.

I started volunteering with MVLS when Winnie Borden was the Executive Director.  She made a presentation at a meeting I had attended.  At that time, I had passed the Maryland Bar and was giving some thought to practicing law. I had been working for 20 years as an urban planner. I had gone to Law School to enhance what I did as an urban planner.  Then the opportunity to practice law presented itself.  While I was focusing on land use law in my professional legal practice (i.e., I undertook condemnation cases to afford the City of Baltimore the opportunity to redevelop designated communities), I also wanted to help people with everyday problems.  I have always volunteered to help others.  First as a person employed as an administrative assistant, I gave voice to those who needed assistance with articulating concerns through “just” typing letters.  Then as an urban planner, I gave voice to community people who could not get attention for basic services.  Now, with a J.D. I wanted to continue to assist those who had legal issues.

Ms. Borden informed those in attendance at the meeting that MVLS would not only connect us with people who needed assistance; but, also would provide malpractice insurance, training and a mentor.  What more could you ask for!  MVLS has afforded me the opportunity to grow outside of my practice area, meet other attorneys and more importantly provide legal services to a population which would not otherwise be served.   As an attorney I have grown immeasurably (i.e., through the educational training and case exposure afforded by MVLS).  As a person, I have felt such satisfaction from the work that I have performed through MVLS.  I cannot say enough “good” things about MVLS.  Everyone from the Director to the clerical staff is devoted to the work that they do.  They continue to stimulate and excite me.   I believe that the word “wonderful” does not adequately describe how I feel about them.

I should note that I also appreciate the relationship that MVLS has with other pro bono organizations.  Through MVLS, I have also become involved in pro bono work with the Pro Bono Center, Senior Legal Services, The Homeless Project, et al.  Each organization follows the MVLS model of stimulating and exciting its volunteers.

2. Do you have any stand out stories?

I think that each of the cases assigned to me have been important to me and stand out because the people involved have considered the issues needing attention to be important to them.  I always wanted to do a “good” job for each of them.  So, I try to find a way to do whatever needs to be done within the law.  The mentors that I have had have been great.  However, I fondly recall a few of the wide variety of cases:

3. What is your favorite part about volunteering with MVLS?

My favorite part about volunteering with MVLS is the satisfaction of helping someone and learning something new.  But, once again, I would have to compliment the MVLS staff and the mentors that I have had the pleasure to work with over the years.  The clients have also been terrific.  Even with the most dire situations the majority of the clients have been people who want to move their lives forward.  I am delighted to facilitate that movement.   I can only recall minor instances of problem clients; even then, working with MVLS staff and assigned mentors, I have been able to resolve identified issue.

4. Why should other attorneys do pro bono?

As a person who has a life-long passion to help others and continue to grow, I would say that, “Helping others can help you to grow.”  I know this for certain, time passes quickly and I believe that we can either waste that time or make it count.  You make every second count when you volunteer to help others.  I would suggest that you, “Take the time to be a MVLS Volunteer and make every minute of your life count!”

Categories : Volunteer of the Month