Updates from the MVLS Board of Directors

Updates from the MVLS Board of Directors 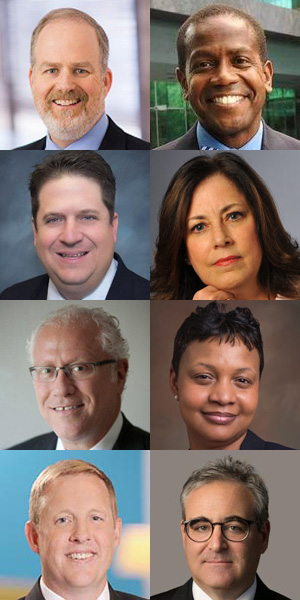 MVLS is happy to announce our new and returning officers and members to the Board of Directors. These officers and new members were elected during the annual meeting on June 20, 2018. MVLS’ Board of Directors are responsible for directing the organization’s strategic plan to deliver life changing pro bono legal services to Marylanders with limited income.

E. Hutchinson (“Hutch”) Robbins, Jr., was elected board president. Mr. Robbins is a principal at Miles & Stockbridge and heads the firm’s Commercial and Business Litigation practice group. He represents a broad array of businesses and individuals in business litigation, and he has extensive experience in all facets of state and federal trial and appellate practice.

Martha Lessman Katz, founder of Lessman|Katz Law was elected board secretary. Ms. Lessman Katz is a technology, licensing, internet and privacy attorney and helps businesses with a variety of matters regarding privacy and data security, e-commerce, emerging issues with social media, and intellectual property transactions.

Gregory K. Kirby, member of Pessin Katz Law (PK Law) was voted to MVLS’ board of directors. Mr. Kirby is a part of the firm’s Medical Malpractice Defense Group, and his concentration is in all aspects of civil litigation with a focus on medical malpractice, personal injury, insurance defense and product and pharmaceutical liability.